Philadelphia Eagles veteran defensive tackle Fletcher Cox did not have a great 2021 season under first-year defensive coordinator Jonathan Gannon. Cox’s struggles led him to be the subject of trade talks around the deadline last year, but he ended up staying in Philadelphia.

However, that has not stopped multiple teams from calling the Eagles about a potential trade for the six-time Pro Bowl defensive lineman, per Ian Rapoport of the NFL Network. The 31-year-old Cox had 35 combined tackles, 12 quarterback hits, seven tackles for loss, and 3.5 sacks in 2021.

Philadelphia’s defensive tackle depth is not the best heading into free agency. However, they still have Javon Hargrave, who had an outstanding last season, and second-year defensive lineman Milton Williams. The 29-year-old Hargrave will become a free agent in 2023, so the Eagles might be inclined to re-sign him. 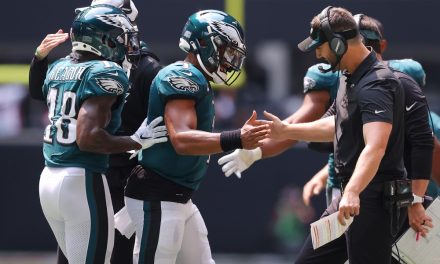