Fisher: James Harden is in midst of biggest offseason of his career Entering his 14th NBA season James Harden has under his belt an MVP, a Sixth Man of the Year award, three scoring titles, an assist title, 10 All-Star appearances, 7 All-NBA honors, and a spot on the NBA 75th Anniversary Team.

To say he has had a great career feels like a gross understatement. Harden is a premier player of the past decade with a résumé that supports placement among the best guards of all time and production — suggesting he is one of the greatest individual scorers in league history.

Despite his continued excellence and record-breaking performances, what eludes Harden is an NBA championship.

Winning in the regular season has not been the tallest of tasks for Harden, as he trails just LeBron James and Chris Paul for most regular season wins since 2009. However, it is getting to and winning the NBA Finals as a team’s top option. Of course, that is not an easy task. But for someone who arguably ranks as a top 40-or-so player all-time, shouldn’t that be expected?

The difficult truth of playing during the most skilled era in NBA history is that winning a championship could not be more challenging. Harden, drafted in 2009, has competed against the “Big 3” Miami Heat – and the seemingly perpetual greatness of teams with LeBron James, the tail end of the San Antonio Spurs dynasty, and, infamously, the reign of the Golden State Warriors dynasty, who are responsible for four Harden playoff exits. Plus, the Western Conference, where Harden spent 12 seasons, has largely been the better of the two conferences during his career.

Repeated knockouts and discomfort have starved Harden of winning. It’s become downright palpable. He’s a player that, despite his greatness, is constantly under the masses’ judgemental eyes. Harden has been traded three times in his career — one because he wasn’t “worth it”. Then because he wasn’t in support of his team’s direction, and the other because he jumped off a burning ship – which, in hindsight, looks extraordinarily clairvoyant.

Stars of a similar caliber to Harden are rarely traded as many times as he’s been, and they are certainly not dealt twice in less than two full seasons. Add on top of that the playoff exits and continued media scrutiny, who wouldn’t be hungry for stability and team success?

Many players of Harden’s stature and age would have likely rolled over at this point, opting to cash in on huge contracts instead of hunkering down to chase a championship.

However, with everything he’s accomplished, Harden has never looked more locked in this off-season. In his newfound role as a Sixer, he looks pleasantly comfortable and content with his situation. Whether it’s going to the Hamptons to kick it with Michael Rubin, Joel Embiid, and Lil Baby; or working out like never before to ensure his explosiveness of old returns, Harden has been routinely epitomizing comfort this summer.

With this comfort, Harden offered a helping hand to the Sixers’ front office. Thanks to his gracious — and seldom seen — nearly eight-figure pay cut to his new contract, the Sixers were able to land P.J. Tucker, Danuel House Jr., and recently added big-man Montrezl Harrell. All three players have played with Harden and under Daryl Morey.

Tucker, statistically one of the greatest corner three-point shooters of all time and a force as a defender, will meld nicely with Harden and Embiid in the starting lineup. House Jr. will provide veteran savvy and sharp shooting off the bench. While Harrell brings a nearly unmatched nasty streak and a knack for getting to the basket. The Sixers had been dying for players that brought toughness and big-game experience. Harden, well aware of the team’s shortcomings, was willing to move his paycheck aside and encourage the acquisitions.

Of course, none of this matters until the Sixers hang a banner. For that to happen, No. 1 must show that he’s still the same tremendous talent who can control the flow of the game by simply lacing up – and he’s looking to make you believe that he is, come October 20. 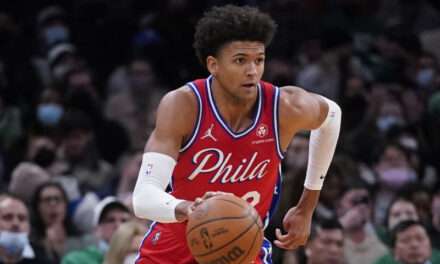 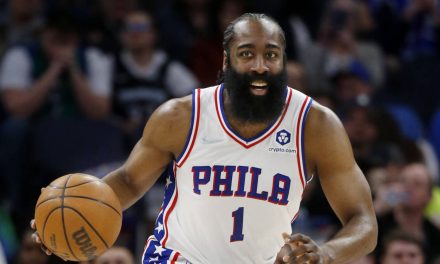