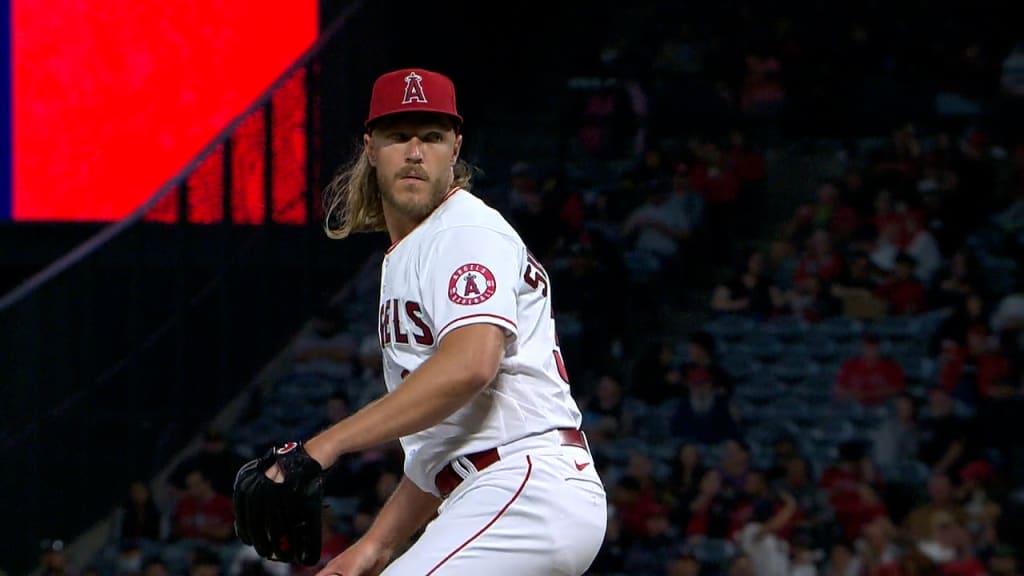 One of the more substantial needs for the Philadelphia Phillies heading into Tuesday’s trade deadline was finding a viable starting pitcher as they prepare to make a playoff push. The Phillies entered Tuesday one game ahead of the St. Louis Cardinals for the final wild-card spot in the National League and two games behind the San Diego Padres for the second spot.

For Philadelphia to snap their 11-year playoff drought and give themselves a punchers’ chance in September, they knew that adding a starting pitcher was a must. Phillies general manager Dave Dombrowski answered the challenge and acquired starter Noah Syndergaard from the Los Angeles Angels in exchange for Mickey Moniak and minor league prospect Jadiel Sanchez.

The 29-year-old Syndergaard was mentioned as an option for the Phillies leading up to the deadline, but no one knew if the Angels would move the veteran starting pitcher. He’s having a solid bounce-back 2021 season after only pitching two innings last season, as he missed the entire 2020 season because of Tommy John surgery. In 15 starts with the Angels, Syndergaard was 5-8 with a 3.83 ERA and was their second-best starting pitcher behind Shohei Ohtani.

Syndergaard isn’t the strikeout machine like he was with the New York Mets earlier in his career, but he has 64 strikeouts in 80 innings. He’s also only allowed 22 walks, nine home runs, and holding opponents to a .244 batting average. That’s good for a starter who hasn’t pitched full-time since 2019.

Syndergaard is joining a Phillies’ starting rotation that entered Tuesday’s night series opener against the Braves with a 3.71 ERA, which is good for eighth in the majors. Aaron Nola and Zack Wheeler have been the two stalwarts in the rotation throughout the first half of the regular season. Nola is 7-8 with a 3.25 ERA through 21 starts, while Wheeler is 9-5 with a 2.77 ERA through 19 starts.

However, it was clear that Philadelphia needed a third-quality starter, especially with Kyle Gibson and Ranger Suarez going through their ups and downs. Also, Zach Eflin was placed on the 60-day injured list with a knee injury on Tuesday.

With Syndergaard now in the fold, it gives the Phillies a bonafide starting rotation, which they can feel comfortable rolling out in the NL Wild Card round, which will be a best-of-three format. The Phillies can also have Gibson and Suarez back in the fourth and fifth spots in the rotation. Suarez was outstanding on the mound in July, with an ERA of 0.00 and .190 OBA in three starts. He only allowed three runs and racked up 16 strikeouts in 16 innings. If Suarez can carry that momentum into the final two months of the regular season, the Phillies should be in great shape.

Nevertheless, Syndergaard has a chance to be a part of a playoff push and potentially earn himself a long-term contract with the Phillies or another team this offseason. It should be a fun couple of months for Syndergaard and the Phillies.