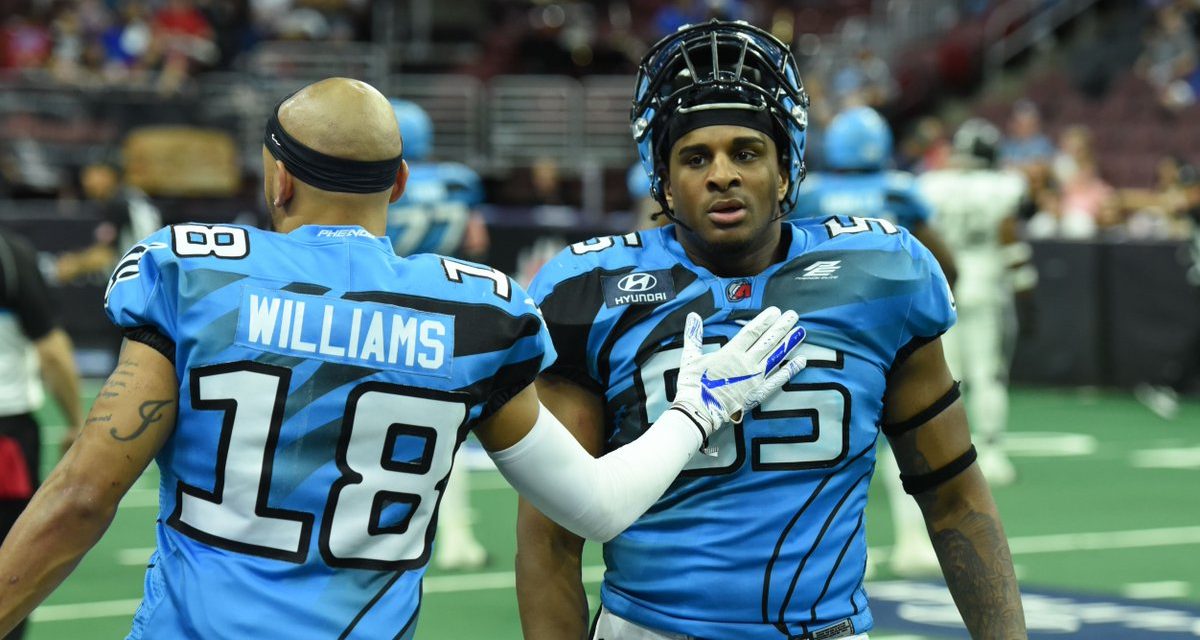 The USFL has returned under new ownership and will make its debut in April. The league will play its inaugural season in Birmingham, Alabama. The Philadelphia Stars will be one of the eight teams making their way to Birmingham this season.

The Stars will be led by long-time CFL coach Bart Andrus. Andrus doesn’t have any obvious Philadelphia ties and was a bit of a left-field hire. Andrus coached in The Spring League from 2018 to 2020 and coached “Team 9” in the XFL — a developmental team that practiced but didn’t play any games.

The Stars and the rest of the USFL will have their inaugural draft on Tuesday and Wednesday. They’ll follow a similar draft format to what the XFL did before the 2020 season, drafting position by position starting with quarterbacks. The Stars were awarded the first pick in the safeties and kickers rounds of the draft.

Daniels is a South Jersey native, who attended Highland Regional High School before taking his talents to Temple. Since his days at Temple, Daniels has been one of the best pass rushers in Arena Football. He had an impressive rookie year with the Iowa Barnstormers and a stint in the CFL. Daniels then signed with the Philadelphia Soul, where he spent the next four years.

Daniels broke out with the Soul in 2017, being named first-team All-Arena during the team’s back-to-back championship run. Following that season, Daniels worked out for the Green Bay Packers, where his brother Mike was playing at the time.

Daniels missed the 2018 season after suffering a serious injury in training camp but bounced back in 2019. After the Soul and the rest of the AFL folded, the coronavirus pandemic postponed the rest of the indoor football world’s plans for 2020.

Daniels returned to the field in 2021 with the Jersey Flight of the National Arena League, where he dominated and was named an all-league player. He is currently under contract with the Albany Empire of the NAL.

Mesday made his professional debut with the Jersey Flight in 2021. Mesday was a former walk-on at Temple University, after his days at Nottingham High School in Mercerville, N.J. He recorded 4.5 sacks during his final season at Temple in 2019.

After a productive senior season, Mesday’s pro day was canceled in March 2020 due to the pandemic. But he was able to take part in Temple’s 2021 pro day and performed well. Mesday explodes off the ball as a pass rusher and has the strength to disrupt the running game.

During his time with the Flight, he recorded multiple sacks and acclimated himself well to the professional game before being injured late in the season. Mesday is currently under contract with the Orlando Predators (NAL).

Taylor finished his college football career this past fall at MVSU, starting at right tackle. Taylor transferred to MVSU after beginning his collegiate career at Saint Francis University. Taylor is a sound pass blocker with good feet and an emphasis on finishing blocks.

After the regular season ended, Taylor participated in the FCS Bowl and HBCU Pigskin Showdown this offseason. He’s eligible for this year’s NFL Draft but could get a head start on showing scouts that he’s pro-ready with the USFL. Taylor showcased his ability against Jackson State this past season.

That being said, Taylor will keep his options open for NFL opportunities this spring. He’s also scheduled to participate in a tryout with the Fan Controlled Football League. Taylor played high school football at West Catholic High School in Philadelphia.

Along with Daniels and Mesday, Taylor signed with FrontRow Sports, a sports agency led by president Jesse Heninger. FrontRow Sports has several clients who are eligible for the USFL draft, including former All-Arena defensive back Varmah Sonie.