Monmouth falls in seven overtime showdown against No. 19 Rhode Island 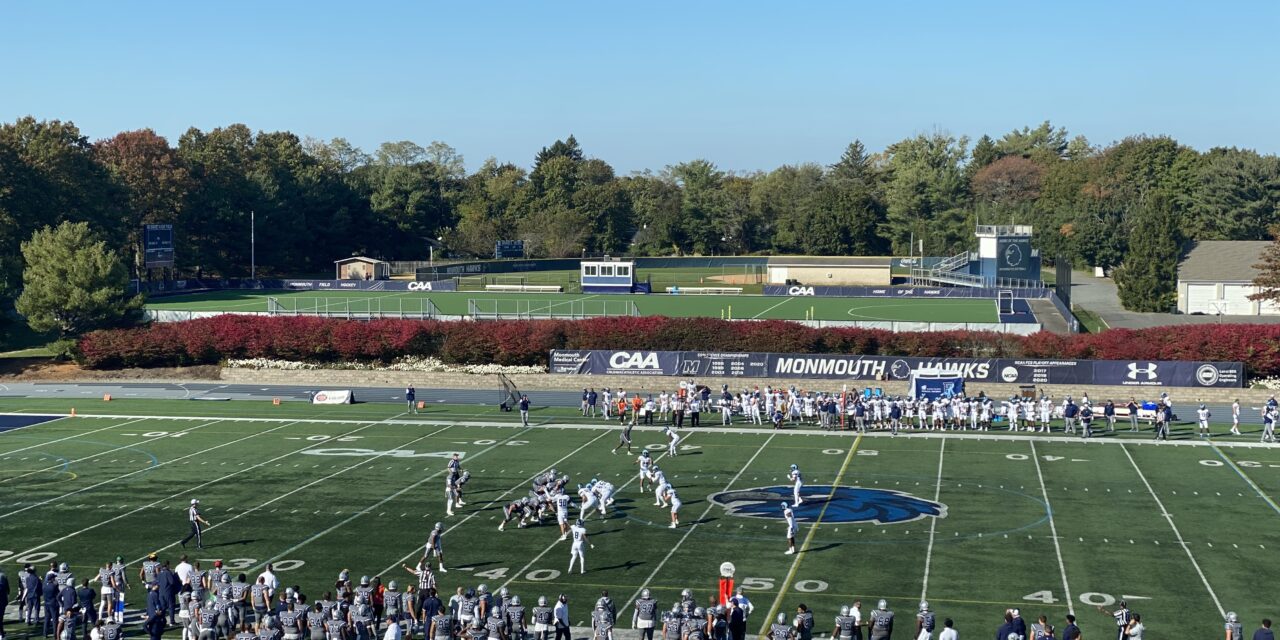 The Monmouth Hawks fell in seven overtimes to No. 19 Rhode Island in a 48-46 battle on Saturday afternoon. The Hawks are in their inaugural season as members of the CAA and have fared well with wins against Villanova and Albany. The Hawks sit at 4-4 with a matchup against Towson next week.

“We’ll keep working hard,” Monmouth head coach Kevin Callahan said. “When you’re playing in the CAA, there’s a quality opponent every week. Across the board, anybody can beat everybody else in any given week. Our focus has to be on the week coming up.” Callahan said.

In the longest game EVER played between two @NCAA_FCS teams, No. 22 @RhodyFootball outlasted Monmouth, 48-46, in 7️⃣ overtimes!

“He’s a very talented player,” Callahan said regarding Hill. “He throws the ball extremely well, and he’s difficult to tackle. We tried to do some things this week to limit the times he was able to run the ball.”

“Watching him on video, he would carry the ball 15 times a game with big chunks of yardage. We didn’t want that to happen so we tried to limit him as much as we could. I think we bothered him a little bit, and were able to get some pressure on him.” Callahan added.

While Monmouth contained Hill’s rushing attempts, the defense allowed Rhode Island running back Marques DeShields to have an explosive, high-volume performance with 256 all-purpose yards and four touchdowns on 31 total touches. A grad transfer from St. Francis University, Deshields is another South Jersey native, who played at Overbook High School.

Monmouth’s junior quarterback Tony Muskett has been the program’s starter since he was a freshman and is an outstanding playmaker for the Hawks’ offense. Muskett has 17 touchdowns and nearly 2,000 yards in his third season at Monmouth.

Muskett threw the ball downfield against Rhode Island, completing a 47-yard strike to Assanti Kearney on Monmouth’s second possession of the game. Muskett later connected on a 34-yard touchdown strike to Yale transfer Darrion Carrington with five minutes remaining in the fourth quarter.

WHAT. A. PLAY!!!@DCarrington01 with the diving TD grab to give us the LEAD!

Muskett threw two touchdown passes on quick throws in the red zone during the first quarter. He also displayed his versatility by attempting 15 rushes for 69 yards. Muskett moves around the pocket well and creates positive plays on the ground.

However, Muskett suffered what appeared to be a right leg injury on Monmouth’s final offensive play in the seventh overtime. There were no updates on his status postgame. Monmouth will prepare for Towson while Rhode Island prepares to face No. 12 William & Mary in an FCS Top-25 showdown. 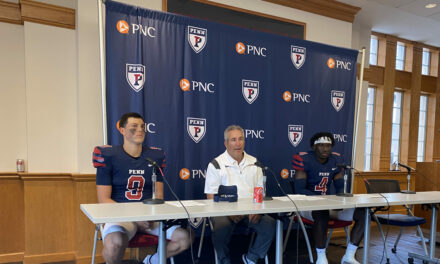 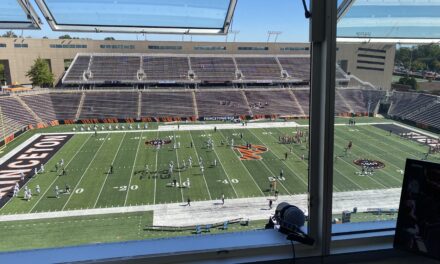