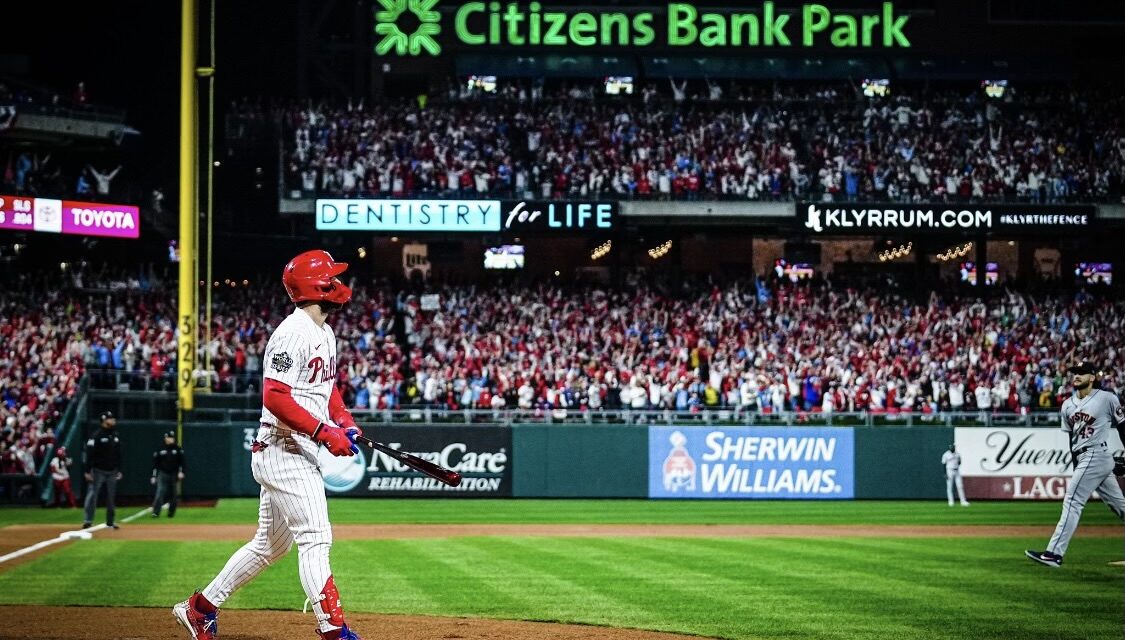 The Philadelphia Phillies fell to the Houston Astros in six games in the 118th World Series. The Phillies concluded a magical postseason run that encapsulated the entire area. After an 11-year postseason drought, World Series baseball at Citizens Bank Park was a delightful sight.

After sneaking in as the final wild-card team, the Phillies ran through the National League playoffs, losing only a game to the Braves and Padres each. With only 87 wins, the Phillies had the second-lowest amount of wins in the 2022 MLB postseason, with the Rays at 86 wins.

Nothing better than this. pic.twitter.com/1ayVoNR4Rb

Despite the exciting run, the Phillies had a disappointing World Series performance. After jumping out to a 2-1 series lead, the Phillies had two chances at home to take control of the series. Instead, they were no-hit in Game 4 and dropped a one-run contest in Game 5.

The main talking point early in the postseason was regarding the Phillies’ dominant one-two punch in the rotation of Zack Wheeler and Aaron Nola. The Phillies succeeded early despite the aces’ struggles, but Wheeler and Nola were a big part of the Phillies’ World Series losses.

Nola went 2-2 in the postseason with a 4.91 ERA. He was the starter in Game 4 when the Phillies got no-hit and lost 5-0. Wheeler threw a solid outing in Game 6 but was taken out after allowing one run in the sixth inning. Wheeler was replaced by reliever Jose Alverado, who allowed a three-run home run to Yordan Alvarez on the next at-bat.

Rob Thomson’s decision to remove Wheeler from Game 6 has been heavily scrutinized. With Alvarado allowing a three-run home run immediately, Wheeler couldn’t have fared worse. Alvarado had faced the fellow left-hander three times in the World Series before the series-clinching home run.

Bryce Harper had a strong postseason posting a .349 batting average while hitting six home runs and driving in 13 RBIs. Harper’s first postseason in Philadelphia was headlined by a series-clinching home run in Game 5 of the NLCS against the Padres.

Bedlam at the Bank pic.twitter.com/JwpdNhas9Z

Besides Harper’s .349 average, the rest of the Phillies lineup hit below .225. The Phillies were a home-run-dependent lineup that was inconsistent and streaky. After scoring seven runs in Game 3, the Phillies were no-hit and lost three games in a row to end the World Series.

Kyle Schwarber and Rhys Hoskins each had six home runs and 12 or fewer hits, meaning their home runs accounted for half of their base hits during the entire postseason. Schwarber had multiple lead-off home runs, and Hoskins had several critical home runs.

Hoskins has one season remaining under the Phillies’ control and is arbitration-eligible for the final time. His long-term future with the Phillies is uncertain, but the Phillies will probably bring Hoskins back somewhere around or above a $10M deal.

Still thinking about this pic.twitter.com/pLdd2PAMqL

The Phillies proved that their core group is more than capable of leading a postseason run. With the turnaround from the World Series to free agency almost immediately, the number one question now is who the Phillies will add this winter. The Phillies could look to strengthen their pitching after signing Schwarber and Nick Castellanos to expensive deals last season.

The back of the rotation and bullpen continues to be a weak spot for the Phillies. Noah Syndergaard, Zach Eflin, and Kyle Gibson will test the free agency, leaving the Phillies without clear answers behind Wheeler, Nola, and Ranger Suarez in the rotation.

Eflin became a key piece for the bullpen during the postseason, and his departure would leave a void. Veteran relievers David Robertson, Brad Hand, and Corey Knebel also head to free agency. Kenley Jansen and Craig Krimble headline the reliever market after Edwin Diaz re-signed with the Mets.

The Phillies opted out of Jean Segura’s $17M team option, making him a free agent. Segura has been a valuable part of the Phillies lineup since they acquired him from the Mariners in exchange for J.P. Crawford.

If the Phillies don’t bring Segura back during free agency, it could allow them to be aggressive and pursue a top-tier infielder. It’s a strong class for shortstops headlined by Xander Bogarts and Trea Turner. However, Carlos Correa or Dansby Swanson would also be welcome additions to Philadelphia.

Finally, when it comes to the outfield, Masataka Yoshida from the Orix Buffaloes of the NPB is a huge fan of Bryce Harper and could join an already talented group of Phillies outfielders. The Phillies could also add former Mets center fielder Brandon Nimmo or spark a reunion with Andrew McCutchen. 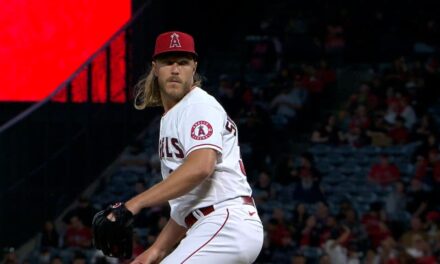 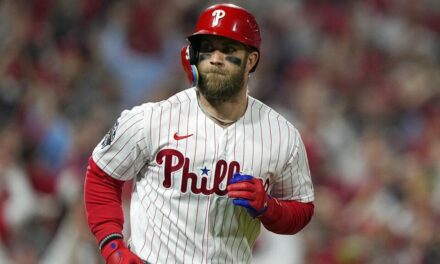