Week 9 was quite the week in the NFL and fantasy football. Bengals running back Joe Mixon finished just a few points shy of the single greatest fantasy scoring outburst ever recorded. The Jets shockingly beat the Bills, and Aaron Rodgers threw three ugly interceptions to the victorious Lions. Meanwhile, Seahawks rookie running back Kenneth Walker III and Bears starting quarterback Justin Fields continue to establish themselves as top-tier options at RB and QB.

As we prepare for Week 10, there are legitimate options at RB and WR on the waiver wire that should not be overlooked.

It’s not often inexpensive trade deadline acquisitions are immediately thrust into a key role like Wilson was against the Bears. Both he and Raheem Mostert registered nine carries, but Wilson outgained his former teammate 51 to 26. Wilson also caught all three of his targets — one of which came in the red zone for a score. Wilson may seem like another confusing part of Miami’s backfield, but he may already be Mike McDaniel’s go-to guy.

Los Angeles’ starting running back role is wide open – probably too open for Week 10. Cam Akers and Darrell Henderson Jr. aren’t necessarily exhausted and haven’t done much to separate themselves. With a clean slate, Williams has a shot to impress Sean McVay and receive the bulk of the Rams’ carries.

The odds of Patrick Mahomes throwing 68 times in a single game again are less than slim. Expect more snaps for Pacheco, who – barely –  led Kansas City in carries (five) against the Titans. Furthermore, Clyde Edwards-Helaire doesn’t appear to be a featured part of this offense going forward. And considering Pacheco’s size and athletic profile, it is more than possible the rookie emerges as the lead runner in one of the most lethal offenses in the NFL.

Burks’ rostership across fantasy platforms has mostly been on the decline. But that should promptly change with his potential return to the practice field this week. If Ryan Tannehill suits up in Week 10, expect many more pass completions than what we saw from Malik Willis. The talented Burks leads all Titans players in receiving yards per game at 32.3. With all other Tennesee wide receivers underperforming, Burks has a path to becoming a late-season gem.

Admittedly, it is odd to include a player who didn’t record a single catch despite recording a decent 57.1 percent snap share. If you watched the Rams game on Sunday, you saw Matthew Stafford missing Jefferson on some big throws. Those missed opportunities added up as Jefferson finished the week sixth in air yards (134), not too bad for his 2022 debut.

With Beckham Jr. popping up in daily headlines, it is only natural to consider his fantasy outlook. Many teams are trying to gauge the free agent’s current health situation, and it seems like he will sign soon. If Beckham Jr. performs like he did last season with the Rams, the 30-year-old will prove to be a key contributor to a team of his choosing.

Romeo Doubs’ high ankle sprain will sideline him for 4-6 weeks. Doubs leaves behind 5.5 targets per game, and with all other receiving options in Green Bay not named Allen Lazard seeing pedestrian target shares, Tonyan is the main guy to fill the void. The veteran tight end puts up 5.1 targets per game and has a respectable level of tenure with Aaron Rodgers. He’s a solid TE to stream going forward. 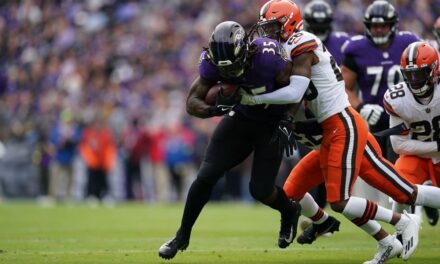 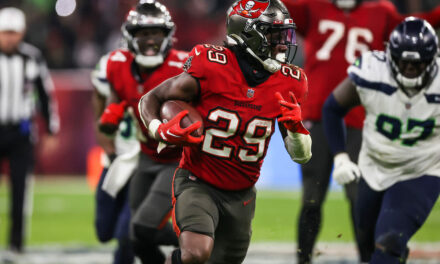